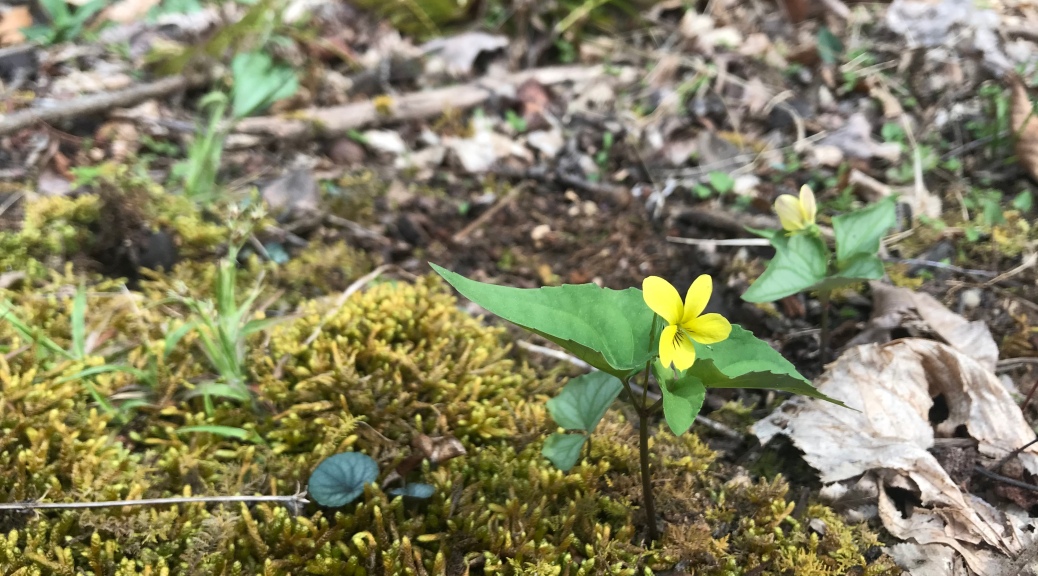 After quarantining our family of six at our 1,100-square-foot-home for two full weeks—with only one bathroom!—I knew it was time for an escape. A volunteer at the food bank had told me about this hidden gem of a park with miles of mountain biking trails. Being only a forty-minute drive from our home, I told the kids on Saturday to load the bikes onto the Suburban. “We’re blowing this joint for the afternoon!”

As we pulled into the I.C. Dehart Park, the tired landscape dimmed my hopes. The tennis courts seemed abandoned for at least twenty years. Despite freshly-mown grass, and a fairly new playground, the place was a graveyard for old Eagle Scout projects, and well-meaning tourism campaigns. I began to wonder if I had made a mistake in bringing us here. But when I realized we had the entire park to ourselves, I felt a sense of relief. We wouldn’t even need to think about social distancing!

Our two teenagers jumped on their bikes and disappeared into the woods. Since both of us were still recovering from the flu, my wife and I suggested to the younger two boys that we take a hike. Looking over the hand-painted trail map under a weathered kiosk, our collective eyes gravitated to the black trail with a point marked “Waterfall.”

Before we even finished the quarter-mile walk to the trailhead, my youngest son let out a big sigh and said, “My legs are SO tired!” Inside I was screaming, “Suck it up, Buttercup! We’re going on a hike! If you can’t take it, I’ll be happy to leave you sitting here by yourself under this cedar!” My better self uttered some encouraging words: “But just think about it: We’re going to get to see a waterfall!” Satisfied by my (hollow) promise, he soldiered on.

Fifteen minutes into the hike, I found myself in my Indiana Jones mode. “Oh my gosh! Do you see that pile of old, handmade bricks? This is an old house site.” Thinking that it might be a long-forgotten root cellar, I veered off the trail to check-out this mound of dirt on the forest floor, my younger son close behind.

Meanwhile, my wife, Kim, and middler-son pressed onward. By the time we rejoined Kim, Isaac had already zoomed ahead of us all by at least a quarter-mile. This is his m.o. in nearly every situation. He has an irrepressible compulsion to “get there” ahead of everyone else. Ten minutes later we saw him. He was still on the trail, but the trail had looped back to within twenty feet of where we were hiking. “Why don’t y’all just cut over here through the woods? You’ll get there faster!” The younger-son implored us to do it. And honestly, there was a part of me that wanted to take the shortcut. I was already sweating profusely. With no leaves yet on the trees, the sun was bearing down on us like in a hayfield in mid-August. But my gut told me not to take the easy way out. I muttered something incoherent about the journey not being the destination, and pressed onward. My middler-son said, “Suit yourself,” and walked on in the opposite direction.

In the next half mile of trail, we came upon what was, no doubt, the “waterfall”—an unremarkable slanted rock face with a small stream of water trickling over it. Just below it were a few cliffs that provided just enough coolness to be a pleasant place to stop and rest. Knowing he was within earshot, Kim called to the speed-treking son. He yelled something incomprehensible back, and kept moving.

The three of us sat down by the spring-branch. We drank from our water bottles. As I sat there, this precious little yellow flower near my feet caught my eye—the first flower I’d noticed beyond the redbud trees that splash the Appalachians in March.

It called to me, this tiny burst of color amid the debris of dried leaves and lifeless twigs. It seemed to say, “Pay attention.” Like a hushed herald of spring, this silent sentinel standing watch by the tomb beckoned me to see what I was too quick to tromp past in my determination to find a worthy destination. Suddenly a veil was lifted from our eyes. Kim discovered periwinkles making glacial tracks in the sandy stream bottom. I saw fresh-green fiddleheads emerging from the waste of spent ferns. Younger-son uncovered a crawdad hiding beneath a rock. Middler-son eventually grew bored of waiting for us down the path, and came back to find us. He, too, joined the fun of exploring the quiet revolution happening right under our noses.

The remainder of our hike was an expedition of discovery. Michael pointed out a beech tree still holding onto its dead leaves from last summer. I found the fuzzy tufts of wooly adelgids attacking a young hemlock. Kim caught an eastern fence lizard. And everywhere we looked, miniscule flowers like drops of color fallen from some fairly paintbrush—placed there by a force much greater than us, trying to slow us down long enough that we can really see what is happening. Spring is emerging. Easter is come. 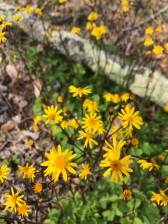 Over the previous two weeks, I’d traveled each day aiming to “just getting through this”—of surviving a pandemic, enduring social distancing, persevering through this season of emptiness, lifelessness and death. But when my eyes are constantly straining forward to what I cannot yet see, they are blinded to what is right here. Destination be damned! In a small yellow flower growing from the humus by a small spring branch, I can almost hear Jesus’ words about the kingdom of God being among you (Luke 17:20-21). “Be present to what’s here. Now. That’s where the Word speaks. That’s what really matters.”

Seeking God at the edges